Are we so naive and arrogant as to credit our own generation with our good habits and ideas on working and solid choices and sit back and pretend we have nothing to do with these kids?

Can I tell you something? Our families are dying. The cell of the family has been beaten to a pulp so it is almost unrecognizable. And when it happens to be present, it comes across as foreign. Involved parents are so unusual even their own kids and their kids’ teachers feel weird looking them in the eye.

Can I say something else? It has zilch to do with the millennials. Not even an ounce. Because we are a people who function in discipleship, and if it’s missing, we do anything we can to go find something to fill what should have been.

Parents, we are handing over so much of the role, relationship, and influence we have with our children. We let their friends, other adults we know little about, and schools teach them everything, even when we know that we know that we KNOW better. 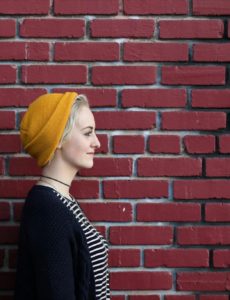 When did a school district become the right voice to teach our kids about sex? Is this real? Did we seriously turn this eye and say “Go for it, stranger. Teach my kid about the thing most warped after it’s taken from the pages of scripture. I totally trust you to teach them what to believe and who they are and when to have sex and how to handle STDs.” ::I got your back wink::

Sex? This is just one way. It’s brutal and the enemy’s favorite evil twist because it’s just too simple. It’s taboo, and we are always so terrified our kids are going to make our same mistakes. So, naturally we pretend sex doesn’t exist and our kids don’t hear about it and aren’t confronted with it every single day even as early as kindergarten.

That’s the age one of my kids was introduced to pornography. Six.

And 10? That’s the age of two of my female students who were caught making out at recess. And Chip and Joanna’s views on same sex marriage is completely irrelevant here. Two ten year olds? ANY two ten year olds? Is this real?

It’s so real. And it has the potential to be terrifying. And it is so completely our fault for handing it all over. Drugs. Sex. Marriage. Respect. Abuse. Temptation. Authority. Work ethic. Prayer. God. We’ve handed it over, and then we have the audacity to blame every Tom, Dick, and Harry who ever interacts with this generation.

But you know what? Just like Mouth from the Goonies, I am taking it back. I am taking them all back.