It’s true. It says so right there in the Bible.

There’s a PC thing we do in this world that makes us gloss over that which ruffles us. But I’ve never been accused of being PC- sometimes they call me Kramer, and sometimes it’s just me putting my foot in my mouth, but usually it’s because I take God at his word. 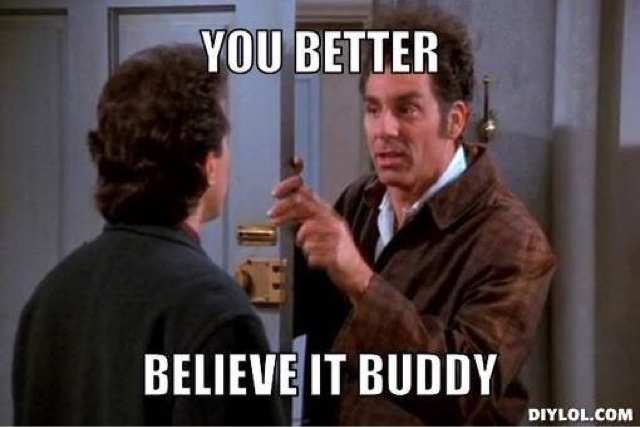 There’s a nasty gray that appears when black and white merge. It’s best we don’t camp there.
When Joshua, who has obeyed and worked and led and prayed and done so much to follow God’s commands to the fullest, reaches Ai he’s feeling good. There’s no denying that God is on his side because he made an entire city collapse before their eyes. Jericho met its match in a people walking in circles and shouting and trumpets. When God can do something like that he can also know when we’ve sinned. Especially when we keep it hidden.
When we sin God is sad and mad. Believe it. “…so the Lord was very angry with the Israelites.” Joshua 7:1
Then Joshua does this thing we all do. I do. He starts complaining and blaming God “why did you even bring us here?!”
Then the lord, our lord, Jesus before he was here on this earth, God in his fullness, he does what a lot of parents do when their kids sin and then blame the parent. He speaks loudly in exclamation marks. !!!
“GET UP!”
He doesn’t speak quietly or in a calm uplifting voice when he says,” why are you lying on your face like this? Israel has sinned and broken my covenant!”
He tells Joshua to quit belly aching and make it right. There is sin in this camp. By all means spend a minute asking forgiveness. But then repent and fix it. Don’t sit around heaping on shame. That’s not from God. He convicts so we will draw near to repentance.
There are no mixed signals here. God gave direction in his covenant. They disobeyed and then complained. Oh if I could just not relate to this pattern so easily.
I’m working on it. And while I wait, I know that I don’t have to feel shame when I screw up. That’s the beauty of God’s grace. He heaps it when I even just side glance toward him. When I look him full in the face with my junk he says, “you’re mine. You’re all mine and you can do better. I’ll help.”
I love how he loves. I want to love like that- to be angry but never stop loving, not even for one second.