I’ve had kids and adults ask me this. Sometimes it’s a cultural norm to raise hands in worship. Other times, you’re the weird new guy. The only one raising her hands. 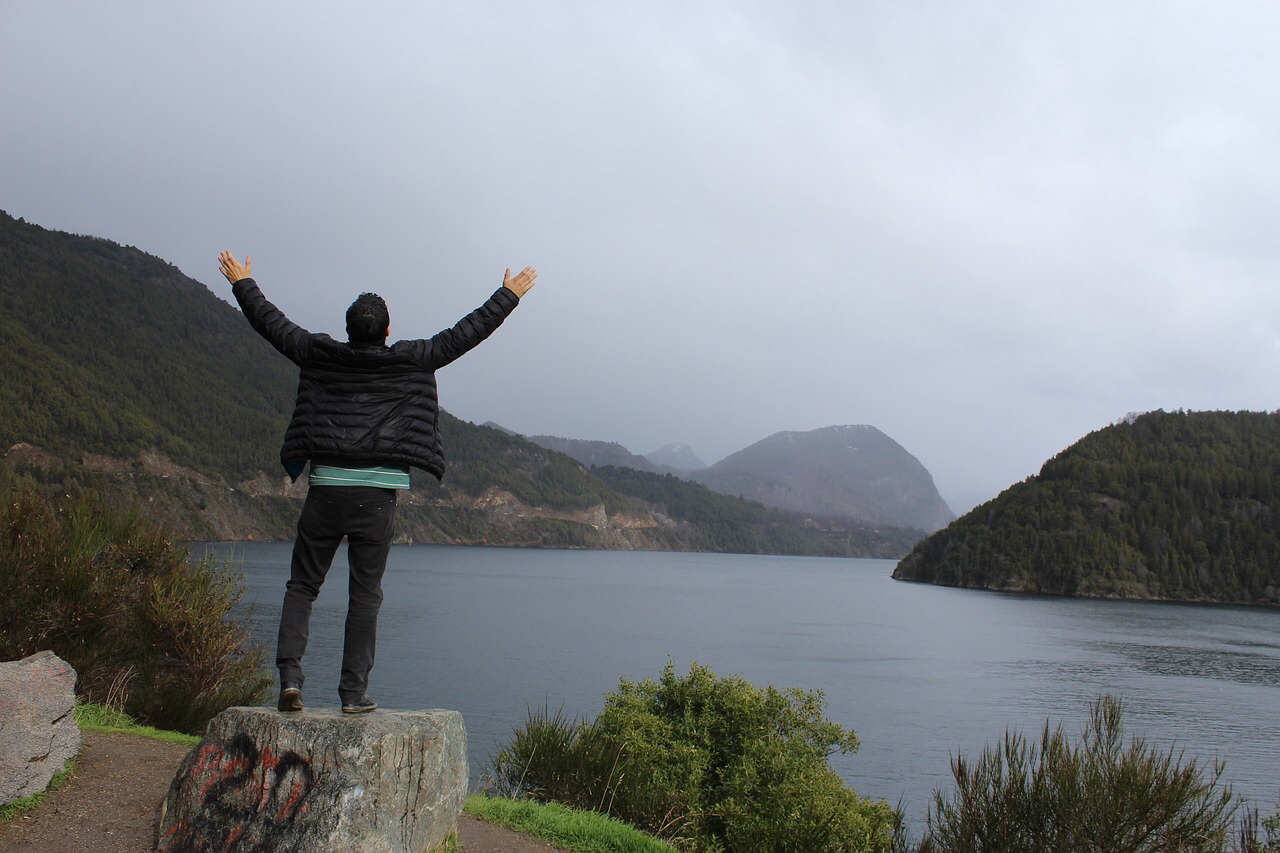 I’m not the kind of girl who follows a crowd, so I really thought on this a while when I was first asked.

God had a lot to say.

The posture of worship matters a lot and doesn’t matter at all. Glad I could clear that up for you.

Think of it this way. If I’m in a conversation with a co-worker, there are a lot of ways I can stand or sit. I can have big arms when I talk (like I could ever fight that Italian tendency) or I can tap the table before me really driving home my point.

But if I’m in conversation with my husband. Ooh boy. You better believe my posture is different. I mean we have all sorts of conversations, but in the chats where I want him to know he matters most, I maintain eye contact or proximity and (when my kids aren’t interrupting) I am totally focused on that guy. In that minute, he’s all that matters. He’s my person. There’s no routine here. I’m all in.

During worship, it’s the same. When we’ve gone through the dysfunction called “getting our family to church” we may be tempted to just sit. Stand. Raise. Lower. Clap. Sing. Stare. To get caught in a rigamarole of habit and forget we are in the presence of The Most High King. The one who chose us in our ugliness of heart. The one who knew what was coming and chose us anyway.

He’s worth tuning in to. With our whole bodies. When we’ve said “it’s time for worship” and we make the decision to seek his face. To just grab a glimpse of his enduring love for us despite anything we’ve walked in with. Even if he knows we plan to pick it up on the way out. He’s worth it.

Once, I was at church and deep in a conversation with God through worship and prayer. Tears were peaking through my lashes and threatening to reveal the truth to others. I have problems. I’m having some struggles. God put a vision in my mind. And it was directly linked to raising our hands in worship.

He was gently trying to remind me to just open my hands and shove off what’s not mine to hold and take what he’s offering.

His robe was overflowing in the kingdom of heaven. It was everywhere, but it was UP there. And I was the woman in the gospels. You know the one? She had a serious medical problem- chronic bleeding. She was in a crowd of many. Like. Many many! She had heard of healings. Jesus was on his way to do other work. To heal a little girl from death.

And this woman knew that if she could just touch the fringe of Jesus’s robe, she would be healed. So she reached out her hand in faith. She raised her hand to receive healing, and she opened her hand to offer over her hurt and illness. She put herself in proximity with the one who heals.

She was reaching out and up in worship and faith because she knows where her hope comes from. And do you know what Jesus says? He tells her her faith healed her. Because she believed in faith that raising her hands would get her just a little closer to the truth.

So be free, friends. Whether you raise your hands high or low or wide or narrow. Whether it’s a mental raising of your hands or you shoot those guys straight into the air. Reach out in faith. Change the space between you and healing because you know all you need is to brush your fingers along the hem of his robe.

3 thoughts on “Why Do You Raise Your Hands In Worship?”