The best part about that title is I am not even really speaking of mottoes. I couldn’t help myself.

I am a total New Year’s resolution girl. Every year, growing up, we used to sit with paper and pencil in hand anxiously. We would divide the paper into three sections: short-term, medium-term, and long-term. Then my entire family would spend 30 minutes or so racking our brains trying to think of what we hoped to accomplish in the coming year. It was such an organized event that we would pull out the previous years’ goals and see where we accomplished or straight went awry. My parents taught me the craft of a goal board. They taught me what baby steps were well before Bob Wiley came on the scene. They made a resolutionary out of me.

Yes. I made up that word. Just now. And I stand by it.

I am completely and rebelliously a resolutionist.

I did it again. Did you see that?

Yeah, well, you can thank me when you drop that new word off at the water cooler tomorrow at work. People may smile and call you “Quippy”. I would like that. 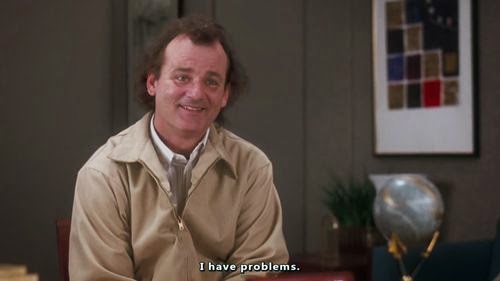 I do my best to make my goals just close enough to attain them and not so far off as an endlessly dangling carrot. This line is fine.

I also insist that the goal be worthy of my time. Because, guess what. Extra time is for napping. And guacamole.

Last year my goal was to floss every night. I grew up in a non-flossing home. It’s been a difficult habit to embrace. I used to turn to floss when I was desperate. My floss and my priest were basically on the same level: a need to know basis.

I am not Catholic, but my point is I never flossed regularly. I’m a new woman. That goal was attainable and worthwhile, and quite frankly cut about 20 minutes off my bi-annually dental cleaning appointment.

On the heels of this success, heading into the new year, I was thrilled to come up with a new resolution.

Everything I thought of seemed too cliche. Too BAH. I mean, I will likely get back into the gym. I will start bringing my water bottle to work. I broke up with donuts ages ago. I have added a silly amount of vegetables to my diet already. And I cut out all the foods to which I am allergic or intolerant. BO. RING.

And then my friend said something a little crazy and against my usual. She said she isn’t a resolutionist. OK she didn’t use that word because I hadn’t made it up yet. But she would have. She could have. She should have.

Anyway, she doesn’t choose a goal. She chooses a word. Isn’t that wild?

Maybe it’s normal, because as we were texting, another girl hopped into our conversation and said she does that same stinking thing. WHAT!? Yeah well. All right then. I can get on board with this. I think.

I can forgo a year of resoluting. Just one year. I think.

So. I’ve spent the better part of the conversations in my head throwing out words that represent my year to come. Some were deep. Some were sheer lunacy. But I think I found it.

My word this year is
COURAGEOUS.

Mostly the kind found in Joshua 1:9.

Have I not commanded you. Be strong and very courageous.

I’ve stepped into a few uncharted territories. I need to pull myself up by my Bootstrap’s bootstraps and be courageous. This is so clearly a goal I will never achieve on my own. I’ll be looking up. I’ll be jumping in. I’ll be screaming like Bob Wiley on his first elevator ride. And hopefully, by this time next year, I will be able to look back and mean it when I say, “I was courageous.”