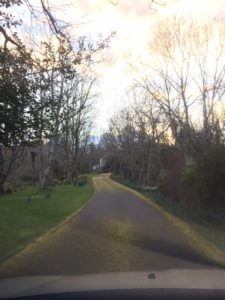 We went to Ireland. It is as beautiful as you imagine. It’s as if the Irish are quilters and they only use varying shades of green. And don’t get me started on the baby sheep. So stinking cute.

To which he casually said, “shoot.” And moved back to the right side of the road. Not everyone else on the road took it as well, but we sure had a good laugh.

There was another time, as I was so skillfully navigating, and he got a little cocky and jumped the gun on my directions. It should have made a difference that we had driven this same road at least four times in the last ten hours, but he, again with the cool, says, “Do I turn here?” And he proceeded to turn. The wrong way down a one way street. Not our way. 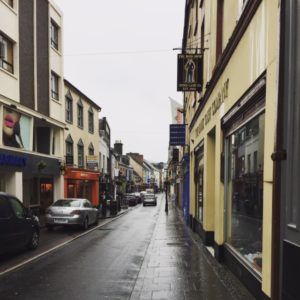 It meant little until he looked in his rearview and saw a car approaching the intersection, stopping to wonder at these lunatic Americans. It meant a whole lot more when, from around the bend of the narrowest road in ALL THE LAND, came the hugest delivery truck. Headed straight at our tiny foreign rental car. One way. Narrow lane.Tiny car.

All casualness had been set aside at his moment. My face was the exact replica of that freaked out emoji face. Mostly because it took my husband a while to notice the oncoming truck as we was still visiting his rearview mirror. 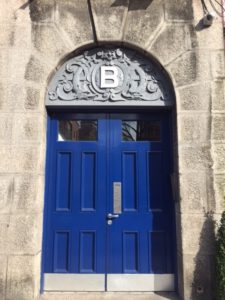 It worked out. He managed to pull a reverse and miraculously make his way back to the round about to our proper exit. And we promptly stopped into the closest pub speaking no words for a good five minutes.

He ended the silence with, “That was neat.”

Ah I love that guy. Had I been driving, we would all be dead or seriously yelled at by the whole of the Irish Island.

The Irish know what they are doing and how to go about it that’s for sure. I loved our adventure. My new favorite Irish proverb is 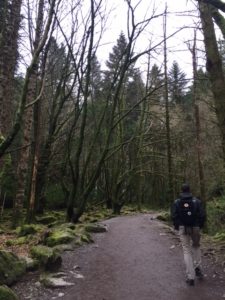 It should be this way for everything in life, in love, in grief, in parenting, and navigating very green Irish Islands.