Tonight, you helped me teach my children what it means to use words of encouragement. It started with you yelling things at the ump. I won’t lie. We were all a little confused in section 104.

It’s possible that the rest of us understand that pitches below the knee are in fact considered balls and not the ump “putting the squeeze on us” or “cheating.” No matter. Maybe you didn’t know. Your anger and crazy yelling allowed me to point out to my 10 year old what he sounds like when he gets too angry for a situation that doesn’t call for anger.
When you heckled the 3rd base player with phrases like “you suck” and “get a new job” I didn’t need to say a word to my children.
My teenager turned around and said it all with her face that wore a confused countenance and a quiet, “who even behaves like that? How is that helpful?”
I especially liked when it got quiet and you blamed 3rd base, by name, for a play he missed. Maybe you’re right. Maybe he “Wont ever make it to the majors playing like that.” Or maybe now that you’ve been so rude and berated him in front of us all he will change his ways. Maybe that’s what he was trying to convey when he heard you and stared at you quietly before throwing the ball back to the pitcher. Maybe he was trying to tell you that’s a great way to motivate people.
(Rivero, you handled that with much more grace than many would have.)
And when most of our section turned around to look at you when you began with the extra special language and became defensive with creative quips of “the truth hurts” even after that same player made two amazing plays in a row, thank you for giving me the opportunity to hear my kids tell me, “it seems rude to be so judgmental if you aren’t out there doing the work.”
I’m not totally sure why you left suddenly after that, but I’m sure you had something pressing. Like heckling someone at the Special Olympics or hating some kid who misses his note while singing the national anthem. It’s all good. You gave me the chance to hear from my own children what it means to be a contributing audience member.
Finally, thank you for proving it takes a village. We each have a role. You played yours swimmingly. 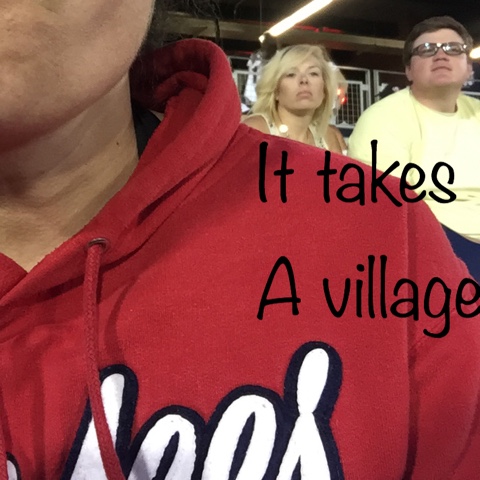