That my friend is the winds of change. Thankfully, things around here aren’t changing as much as they have over the past couple of years. Seriously, if I have to move again, I may combust. Why isn’t combust a word? Weird. Anyway, you get my point. I want to settle. So many people are against settling, but honestly, sometimes it’s the best thing a girl can do for her family.

So, we are staying in our house for at least another year, unless God sends us some sort of miraculous home and the money with which to purchase it.

No, the change I am talking about is much less stressful. First, my mid-kid cut all her hairs off. For reals. All of it. She wants to be the girl from Ferris Bueller’s Day Off. You remember? The girl Mr. Rooney mistakes for Ferris at the pizza parlor. He says something crude behind her back like, “the gig is up. Your a&& is mine.” To which she calmly replies by spitting a straw full of pop into his face. CLASSIC. Anyway, that’s who she used as her point of reference.

I don’t make the rules.

Also, on the list of change is Izzy’s school. She has been a proud student of Excel Christian School for the last semester of school. She has loved it and done so well. But when the opportunity to attend the IB program at Wooster High School, she couldn’t pass it up. Perhaps she is looking for more art in her high school experiences 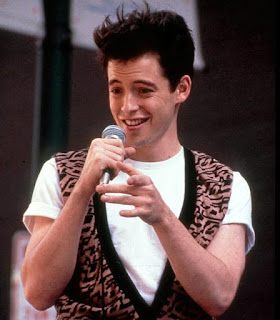 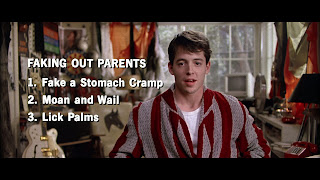 I can’t say for certain. But really, I think she wants to be part of something that scares her a little while asking her to become a better version of herself. Last year, she called herself shy. Lies. This year she knows she is brave and funny and cool. My only real prayer is that she stays true to her faith and grows closer to God. And doesn’t find any interesting boys. 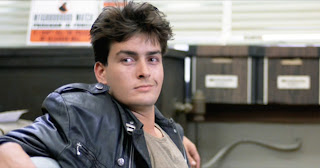