I am reading a book. I’ve talked about it here before. It’s called Anything by Jennie Allen. Please just go read it. But while you wait…

I want to hear God’s voice clearly, so it’s louder and most prominent in my life. I don’t though. I hear the enemy sometimes. But most if the time I hear all the nonsense around me shouting for first place. I feel like a cartoon character. I jump up and can’t decide between the two (or twenty) options before me. Too many choices. But only because I consider them worthwhile, even if its for just a second. I whip my head around so fast, from distraction to distraction that I can almost picture those little birds circulating over my head. It’s dizzying.
But it’s not God’s fault. It’s mine. If I listened better. If I knew him better. If I was quicker to discard what I know is the fluff and not God’s will, there would be no birds.
But I don’t. Not yet. I have heard him here and there. I try to give him credit when things go well. I don’t often question him when things go “wrong”. But I think he wants us to know there is more to knowing him.
I had a brief conversation with my brother about one way to honor God. He said it was honoring to capitalize the pronouns we use for God. I said I didn’t think God cares about that. I get his point, but I’d imagine he has more important things he wants us to focus on than the capital H in he.
It’s simple.
He just wants everything. He wants more than five minutes of uninterrupted eye contact. He wants our hearts, so that we are about his love and not our busyness.
If you are uncomfortable or restless where you are, it’s because you might be doing it wrong. Jennie Allen compares this part of our life to newly hatching sea turtles. God whispers in those little sea turtle ears and tells them about his big and perfect will for them. The ocean. It’s huge and bigger than they can even imagine. It’s a blessing they know because God whispered it to them, not showed them. They don’t even know other baby sea turtles in there neighborhood who have ever been there. But they believe God’s promise, so they struggle forward through the sand. Past predators. So far away. And finally into their promised land…er. Ocean.
I am a baby sea turtle. Watch me dig. 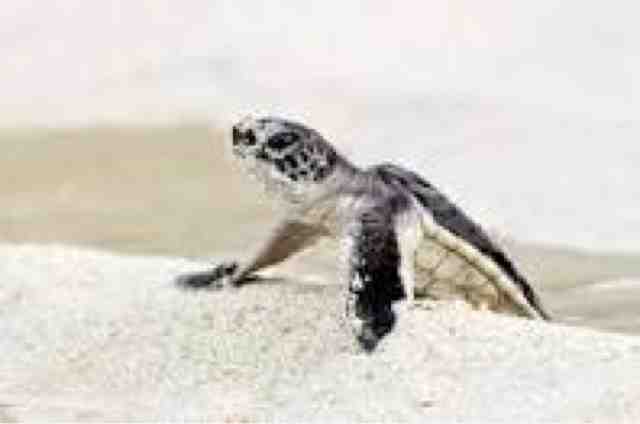