Elijah and Samuel trying on hats. Fit like a glove, clearly. We had a race the entire trip to see if the girls could ever make it out of the bathrooms before the boys. The only time we thought we had won, we sat smug and excited outside the bathrooms. About five minutes later, we realized the boys were in the store next to us doing this. Losers. I mean stupid kids. I mean weirdos. I mean..never mind. I have competition issues. 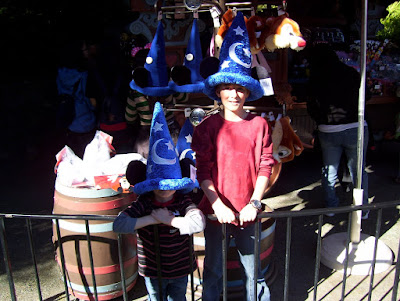 OK, this doesn’t show up so much in the pictures, but the resemblance between the teeth on these two is UNcanny. Unreal. They are brothers. Clearly. 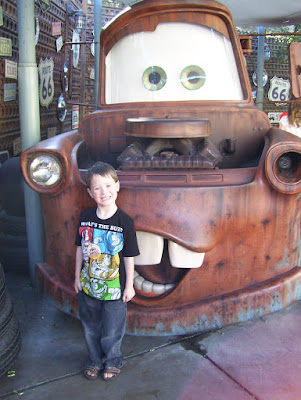 I don’t understand what Samuel thinks I am saying, but when I say, “SAY Happy DISNEYland,” so that everyone is smiling on the word happy, he must hear, “Sam, be as weird as possible.” To which he internally replies, “check.” 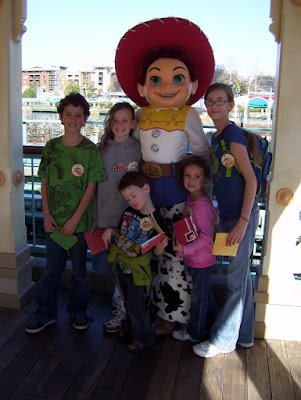 This was such a fun, and long awaited, trip. We are a tad poorer, but with all the pending rottenness coming up, I wouldn’t have done anything differently. 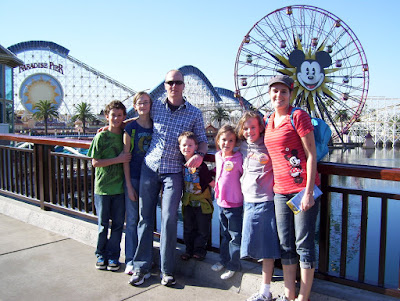