Do you ever look at a situation and suddenly see it so very differently than perhaps you have ever seen it, even though you may have looked at it your entire life?

When I was a kid, I would sing along with Bonnie Tyler. I had the album, and I rocked it. Especially the song Total Eclipse of the Heart.
And it wasn’t until I was rocking out to it as an adult, having not heard it for a decade, when I realize I wasn’t singing the right words. In fact, I was saying made up words. Really? Why did this take so long.
There’s a line where the orchestra builds and she belts out that she’s “living in a powder keg and giving off sparks.” Only. I used to sing (and frankly still do because funny habits are worth keeping) “living in a powdy gag givin off sparks”. So close. So nonsensical. Hmmm. So not even a real word there. 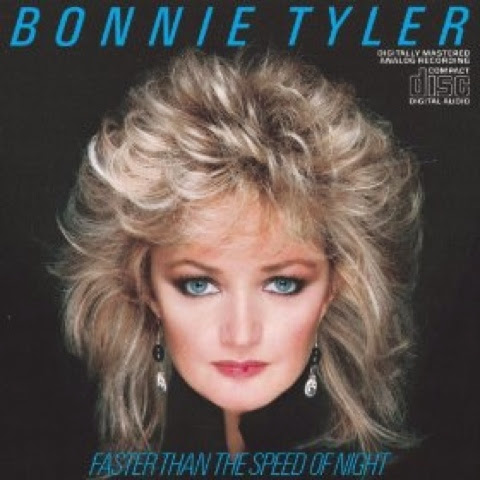 I was so wrapped up in the dramatic feel of the melody. So moved by the build of each stanza. The whole thing stirred emotions and made me want to create a drama to perform on the streets of Las Vegas. I knew it would turn others to Jesus. The end. Bonnie and I were agonna change the hearts of teens everywhere. Because really. We can all relate to a living in a powdy gag. It hurts. Turn AROOOUND.
Well. I assumed so because she sang it with such emotion. But once I learned the real words, the song actually made sense. I viewed it completely differently. The light bulb in my brain finally went on.
This week I started an in depth study of the book of Acts. It’s my favorite New Testament book because it gives such clear instructions on how we are to function. It takes all the information from the Old Testament, and it explains our mission in four simple actions. You’ll have to read it yourself really, but it’s worth your time. And even though I have read it so many many times before, I feel like before I was living in a powdy gag. NOW it’s as if scales have been torn from my eyes and I can hear and see and receive so differently.
The writer’s is suddenly Mike Teevee from willy wonka and before he was just a bunch of tiny particles floating along the ceiling. A jumble and a mess, and the information is only somewhat recognizable. Now it’s all coming together. And I am loving it.
Every time I read the day’s passage I want to go back again and again and let it sink further into my brain. I cross reference and listen to others discuss some points. And then I go back and read the parts I want to stick with me all day.
I have so much to say in my prayers that I can’t possibly write quickly enough.
I am so excited. I wake up in the mornings and check my email box for today’s installment of what I am supposed to read. Shoot. Maybe I AM living in a powdy gag!! Maybe I AM giving off sparks!! (Where does one purchase a powdy gag?)
I don’t know what changed other than my perspective. Other than me asking God for more of him and less of me. Other than me adopting the motto “crave God and run your guts out!”
He’s so faithful.
He’s so good.
Join me and hundreds of other women in this study of Acts through IF:EQUIP.
It’s well worth your 15 minutes every morning.