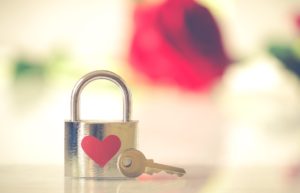 I got into a silent battle of wills with a fifth grader once. The entire year Sera had been so well behaved, compliant—a model student. She’d help during recess and was always smiling. Until I asked her opinion on whether or not she thought our school should switch to uniforms.

Most students became staunch supporters of one side or the other. Not Sera. She about lost her mind.

“Mrs. B, can I choose both sides? I can’t decide,” Sera asked hesitantly.

To which I kindly replied, “No ma’am. For this assignment I need you to pick a side.”

Not in a million years would I have predicted what she would do next. She picked up a nearby text book and tore no less than ten pages from it, threw it as far as her little arms would let her, and promptly ran from my classroom. I was so stunned I looked around the now frozen classroom and asked, “What in the world was that about?”

I was met with blank stares, students who were just as shocked as I was. I called the office and asked for someone to come watch my class—I had a student to find. I found her huddled on the ground just outside of my classroom door. She was sobbing with her face buried in her arms. I knew she wasn’t ready to speak, but I also knew she wasn’t really ready to be alone. So, I did what I could in that minute. I sat down next to her where we sat for at least 30 minutes before she even acknowledged that I was there.

You know how a minute staring at the clock seems to take forever? Well half an hour of absolutely resisting conversation so she can make the first move felt like a lifetime. But I sat because I needed her to understand that there’s no place we will come to where I say, “That’s it. That’s too far. I can’t love you anymore.” Instead I need her to be her crazy self and have her watch me not walk away.

This was the point of all of it. I knew in my guts this is exactly why God had made me her teacher—to give her the space she needed to be herself and find her voice. After talking with her awhile she finally admitted that in her house she wasn’t asked what she thought about things. She confessed that her dad didn’t appreciate ideas that didn’t align with his own, so she just stopped having them. It was better in her estimation to not stand out. She’s ten, so I think we can all agree that this isn’t ideal for a girl who already has a deck stacked against her.

She finished her blog post about uniforms. Turns out she hates them. They don’t let her express herself like she wants. She’s colorful and creative and wants to show it in her clothes. She has an opinion after all.

We lost touch when she left for middle school. She’d stop in now and then to say hello, but I didn’t see her too often. Until one day she stopped in as I was cleaning up my classroom after school. She told me she was planning to sing in her school’s talent show and asked if I wanted a preview. I did, so she sang while I quietly cried through most of it. She sang a song about finding your voice and helping others find theirs. When she finished we hugged for one hundred years. As long as it took to get her to understand that she is amazing.

We have opportunities like these regularly—chances to look a child full in the face and say, “Yes. You can.” To stand beside another mom in all her craziest theories and worst moments and say, “I am not going anywhere. Let’s figure this out together.” Maybe all we need to do is sit right down next to that hurting person and force ourselves to be quiet until they are ready to speak. Just so they know they have a place. They have a voice. They matter.