Today, Samuel(7) has to prove his phonics abilities through an alternative language arts lesson. Sure, he could show me by drawing a line from the letter to a picture. Sure, he could say sing song phrases such as “a uh about” or he could try this energy using, brain jogging, kinesthetic method which lends itself nicely with his need to move and visualize his learning.

First, he has to line up his alphabet cards in correct order. Then. He hunts. He has to find a household object that begins with each letter of the alphabet and match it to the letter card. When I feel like he has this mastered, we will focus just on the ending sounds or the vowel sounds.
An older variation? Try finding a set of rhyming words that begin with your select letters of the week. 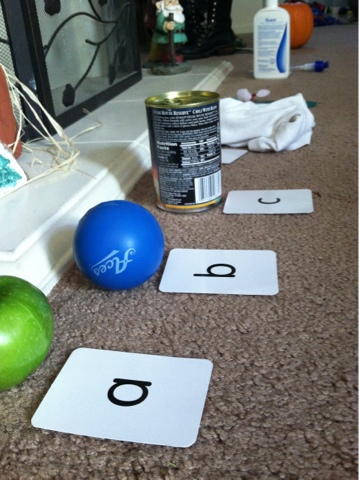 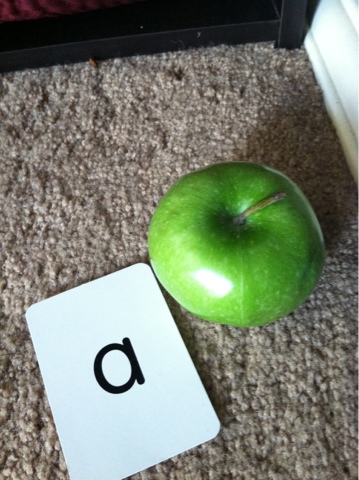