My birthday falls on the eve of All Hallows’ Eve. Every year. As a pastor’s kid being raised in a somewhat conservative church, that could have been a real problem. 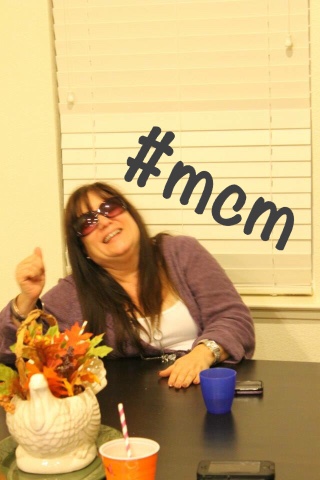 I’m sure she caught a lot of flack when I was a kid, but my mom chose the road less traveled when it came to raising us kids. Especially when it came to celebrating my birthday.
When many of our fellow church goers would play at ignorance when someone mentioned the upcoming Trick or Treating event “Trick or Treating? Oh. Not for me. That’s just going to be a regular ole Tuesday around here. No way. Porch lights out,” my mom said, “hey. I’ve got an idea. How about instead of pretending it doesn’t exist, we do things our way. In a way that glorifies God.”
When churchy people (you probably know them) said, “That’s satans day” my mom spoke up and declared “That’s my kid’s birthday. We are going to party it up. She won’t ever feel badly because of when her birthday is.”
And when women in their mauve suits and ideas about shunning bragged that they planned to turn out their lights and refuse to hand out candy to any of those Satanic children, my mom said “how about we give them a pencil that says Jesus love you.” I was like 8. I thought pencils were rad. And I really liked handing them out.
It isn’t about which side is right or wrong. The Pharisees absolutely thought they were correct. It is about being in the world but not of it in the right way. God didn’t say steer clear of sinners. Jesus didn’t set an example to only surround ourselves with Christians who believe exactly like we do.
No! He said be a light. He said stand on a hill and shine our light. He said bring what you have and pour it out over others. If that means handing out candy on Halloween, then do it. If that means hosting taco Tuesday for your kids’ potty mouth football team, go buy yourself that mega sized package of tortillas. And if that means bringing dinner to your alcoholic neighbor who won’t stop parking on his lawn, get to cooking.
It’s not rocket science, this calling to love one another. But it may mean stepping into a mess, hanging out with sinners, or :gasp: dining with prostitutes. Jesus did all of these.
My mom took a volatile situation and used it so people would know God’s goodness. I want to be like her when I grow up.
Mamma, you’re my mom crush Monday.
Making Waves,
Nonsense