I can’t believe this post has taken me so long to get out. My apologies, friends. This last week was a doozy for our family. But I am here now, and SUPER ready to talk about my girl Hannah. 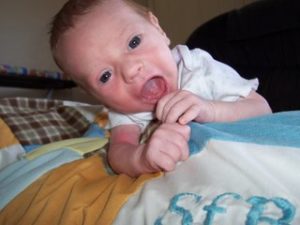 Is she unreal? It feels like it, but I think she is about as real as it comes. When I read her story, I feel like I don’t just learn from her hard earned lessons like some of the previous ladies we’ve read about. Instead, her story has become my story. I want her approach to be my approach. She is life goals for me.

I deeply believe there is no greater proof of God than our own testimonies. I mean miracles are awesome, peace is amazing, and creation is so impressive. But people attempt to come up with all sorts of explanations for those. But no one can tell my story like I can. And no one can tell me my story. That’s between me and Jesus and anyone else I plan to share it with.

Hannah’s story became my story so early on. My baby boy was only weeks old. He was sick-breathing was a struggle, and he would sleep on my chest each night. When he would stop breathing I would wake him by giving him a back pat or a nudge. He would gasp and go back to breathing. This went on for weeks. Months. And I prayed constantly. I had plenty of time because I wasn’t sleeping. Like, at all. If I wasn’t keeping him breathing, I was attempting to raise my four year old daughter. My husband worked three jobs, and I was drowning. In every way. 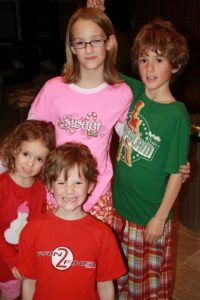 We had two kids and we had lost three previous babies; one at six weeks, one at nine weeks, and one at eleven. No matter how much I reached out, no one seemed to hear me. People would stop by and say things like, “you should clean your house more,” or, “everything is going to be just fine.” And then they would leave, and I would be back to not sleeping and functioning in fear and despair.

After weeks of this, when my son was nine weeks old, I got pregnant with my daughter. It was unexpected, and I was a mess with emotion. I was so sleep deprived and hormonal after having my son. I believed anything that popped in my brain. And I was just trying to hold it together. And then came Layla Grace.

I “met” Hannah the day I found out I was pregnant with Layla. I was so far out of my element. It wasn’t true, but I felt isolated and alone. I felt like I had no words to describe my fear and frustration. I had been a Christian for about twenty years by this point, but this would mark the first time I ever went straight to God with my fear. And lead me he did. Right to 1 Samuel.

Hannah’s heart was for a child. She was a wife, but she wanted to be a mother. She not only lived with this hurt, she lived with a woman (her husband’s second wife-the mother to many) who teased her. For years. She hurt for years. Her response? She went to God. Right to hi 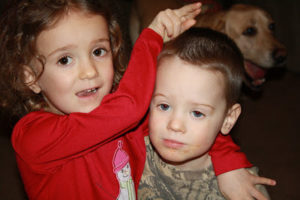 s footstool and prayed with abandon. In Hannah’s story I found my own redemption. God took my fear, and I had one of the most enjoyable pregnancies a girl could ask for. I was so sure Hannah’s story was my story that I told my husband we were to name this baby Samuel. Of course we opted to save that name for a later date when we found out our sweet blessing was a girl.

Praise to God, he brought me to a doctor that said my Elijah had sleep apnea. He had some tests done and some diet changes, and was ultimately healed by God. And because God is a master writer of stories, he overruled our not-at-all-thought-out-plan to be done having kids and gave us two more babies. The final bookend being Samuel.

God is an unbelievable redeemer. He cares so deeply for us. He cares for every tear. And, friend, he cares for you right here in what your are going through. Be Hannah and seek him. At the risk of seeming crazy, drop to your knees and seek his face. He will show you that nothing is wasted. Maybe thousands of years from now, just like Hannah, your story will give someone what they need to keep going.

How about you? What is your biggest take away from this week’s story?

If you don’t have the book The Remarkable Housewives of the Bible, it’s not too late to order it and join us. Each week is stand alone, so you don’t need to back track. And you don’t even need the book to weigh in on this conversation. Just jump in.

3 thoughts on “Infertility and a Little Too Pregnant: Remarkable Housewives Week 4”