But what’s new? Seriously. I feel like most of my life I have bucked some invisible system. I hate statistics, and, since I was a kid, I’ve worked to never be one.

I know. That’s impossible. Everyone falls into some statistical category. I guess I mean the lame ones:
Teen drinker
Pregnant out of wedlock
College drop out
Gang member
Sound off the wall? Not when you go to inner-city Las Vegas High School. It was like they brainwashed us in the other direction. They metephorically chanted against these thing as we walked our school halls. Their method worked for most of these, but I dropped out of college three months in. I was given a fair hand, but I chose not to give it a fair shake. And I think I regret it so much because it made me a statistic.
Now I think there has to be a different way to reach kids. Tossing academics and high standards out the window. Holding kids accountable. Expecting anything from a teenager except drinking, partying, dropping out? That’s it sometimes. Parents, educators, adults, principals. Sometimes these negatives are all they see, so if a teen isn’t falling into one or more of these sad categories we are all winning, right?
But God said he came to give life to its FULLEST. He wasn’t talking to the 30 and older crowd. He meant eight-year-olds and 12 year olds and 17 year olds.
I read a book called Do Hard Things. Written by twin brothers, 19 years old. Everyone who works with kids, has a kid, is a kid should read it. I got it on audio and finished it in under four hours. It’s an easy read, but challenging.
These boys are ordinary. They are teenagers. But they love God, they seek his wisdom and direction, and then they do things no matter how difficult they seem. They decided they are sick of the older generation expecting nothing but statistics and video games from today’s teenagers. They are raising the bar and asking kids to jump. Because of this attitude, they are reaching out and affecting millions. And not just anyone. They are affecting teens.
Do you follow a teen on Instagram or friend one on Facebook? Do you ever notice how, even if they have only been on there for a week, they have something like 900 followers? I’ve been on Instagram for years and I can’t seem to break 100 followers. It’s because teenagers have this attractive quality about themselves. When even one of them stands up and steps out, EVERYone listens.
I have four (who act like) teenagers living in my house. Under my own roof. As their mother, I want them not just to stand up and step out. I don’t want them to be haphazard. I want them to affect their “900 followers this week” for Jesus. But that means I have to do my job as a mother, and my husband has to do his job as a father.
My kids affect people. Every minute. Nearby and far away. I want them to do it right. I’m starting by having them listen to this book. We are going to read it together. I’m continuing open conversation about anything and everything. I’m setting an example with my life. Mostly a good one. I’m asking hard things of them. I’m giving them opportunities to reach out and be aware of those who hurt. I’m expecting much of them. I’ve raised the bar and I’m watching as they leap over. I’m praying for them. I’m connecting them in relationships to solid people in our life. The rest is on God’s hands.
Recently, I’ve added another small chapter to my role with teens. God has brought some girls around who come from tough upbringings. Either they grew up with no family or slightly off based families. Some have just moved out and still need a mamma hug every once in a while. They are teens and college age, and I love spending time with them. We cook dinner together whenever they can make it on a Sunday afternoon. I love connecting with them.
I watch as they interact with each other and practice being adults. I watch as they interact with my kids and revert to being kids themselves. I watch the light bulb come on as they realize family can mean something different. I am so blessed. I am so grateful that God is allowing me to be in their lives. It takes time and energy and sometimes I find myself wanting to take a Sunday nap, but that’s exactly what these boys meant when they said “do hard things”. It’s choosing. Even when you know a route is going to be difficult.
And just maybe I will leave my own kids worthy footsteps to follow. 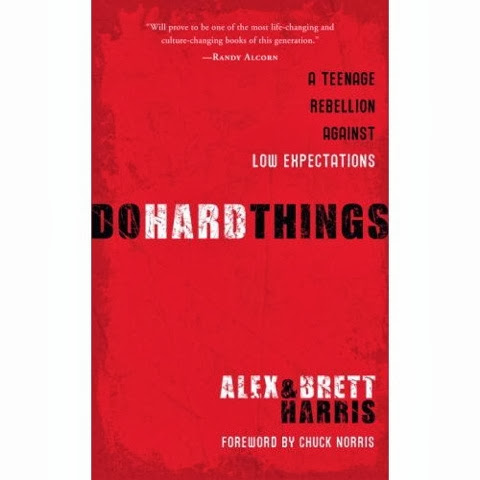