I spent the day squeezing in homework and writing assignments between errands and chores to get ready to go camping with my family. I haven’t read my Bible today, and I can’t recall if I have prayed. It’s 5:56 pm at the time of this writing.

I wound my way through Costco for one last purchase and let out a sigh as I planted myself behind the wheel of my husband’s enormous truck. That was it. I was finished, and I felt like I deserved a treat for my hard work of the day. I set the dial to scan, so I could find the perfect song to sink into. Instead, my dial landed on a series of interviews of pastors and believers telling their stories of living life in other countries.

Actually, I realized a few minutes into it that they were telling how they came to know Jesus and how difficult it is for them to be Christian wherever it is that they live. One man, from Muslim background, became a pastor 6 months ago. He closed his mosque of 95 attendees and professed Jesus. His wife followed in his path. So did most of his church. They’ve already outgrown the church building they are constructing. 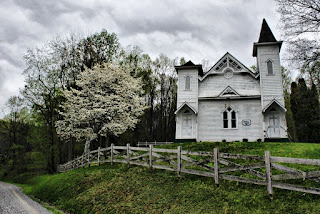 Hearing this, I found myself grinning ear to ear. And then I felt it more than heard it. These people live daily out in the open in the face of death to stand firm in who God has called them to be. But me? I feel like I need a day off when I have a long list of “things” to accomplish.

My smile faltered, and suddenly I was crying. Who am I living for? Why does it take turning from Islam to Christianity and being threatened upon death to truly yearn for God? Or, have you heard of Malala? A little girl who went public with her belief that Muslim girls should be allowed to receive an education. It cost her being shot in the face as a child. Shot in the face because she went on a few radio shows and entered her school through the front door and not in hiding.

It’s irrelevant in this case that she is Muslim. The point is she and all these others have unreal faith. And I want it. I want it to hurt when I haven’t had time with God each day. I want to know, without a doubt, that I would stand in the face of any evil challenging what I believe and say, “Do what you will. I will always believe in my Jesus.”

It’s so easy for us to say this here, in America where we so rarely are questioned about anything we believe. It’s easy so our faith is easy. Does it need to get so awful before we stand firm and confidently in Christ? Is it possible that this is exactly where our country is headed, so we will turn back to our One True Love? It wouldn’t be the first time God turned his people over to their ridiculously faithless desires.

It’s worth acknowledging. It’s worth praying for and yearning after. Turn my heart, God. Give me faith like a Muslim, so I am so sold out to living for you that my faith ruffles feathers. I don’t want to be radical. I want to be audacious. I want to be Sold. Out.

Because right now, right here, my faith looks a lot like those Jews who bowed down to Nebechednezer and a lot less like those boys who stood tall in their God given boots and chose to burn. Im trading in. Im trading up.