Now, some people like to make a certain impression when they meet a new group of people. The Brewers like to take matters into their own hands. Today, we met several fire fighters and their families. Everyone was super nice, and I even got to meet the other new guy’s wife and son. Then came the games. Elijah, Layla Grace, and The Man joined in for the “Dig the Hubba Bubba out of the pile of whip cream and try to blow a bubble first” game. 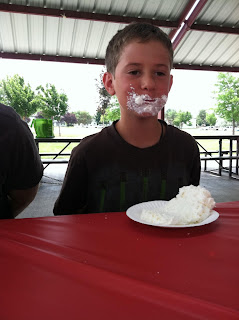 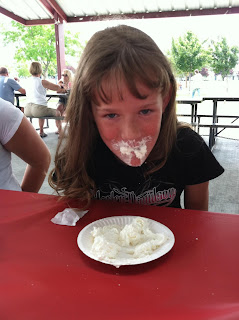 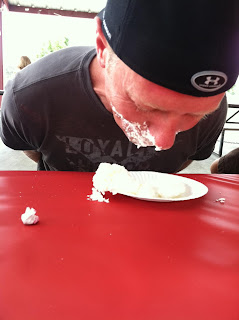 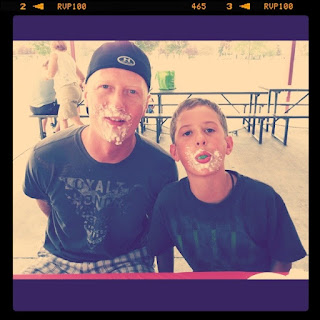 While no one took the number one slot for this game, we did manage to win two trays of cupcakes in the cupcake walk. BREWERS RULE (Say this like the Opey Convention kids from Black Sheep who yell “O’DOYLE RULES” randomly through the movie)