Because we are promised struggle if we profess Jesus Christ is Lord, we are going to face a few Red Seas. It’s important to know what to look for and what our role is in all of it. 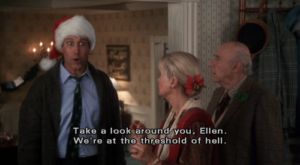 In Exodus 14 we read about the Israelites escaping Pharaoh. Anyone else think that guy could have used a heavy dose of meds? He was all over the place!

He had thousands of Israelite slaves building his city, doing his grunt work. He would say things like, “Let them go. NO DON’T” and “OK, GET OUT! Leave my people and take the rest of the Israelites with you!!” and then follow it up with “what have I done letting all those slaves go!!?”

We know that God was hardening Pharaoh’s heart. He wasn’t only crazy, but he came across that way as we all will if we try to thwart God’s plans against his people. So let’s agreed to just don’t.

But sometimes God tells us to do something that requires more of us than is humanly comprehensive. Which is why he also instructs us to lean not on our own understanding. Instead he says we need to SUBMIT to him, and he will make our paths straight.

Then the Lord said to Moses, “Why are you crying out to me?

This promise is as true for us as it was for the Israelites. In verse 15 God is calling the Israelites to submit EVERYTHING- their lives, their freedom, their babies. I can’t even imagine what that felt like. Maybe I can a little, because God asks all the time that we turn our babies over to him. Trust him. Let go. But he’s never asked me to take my babies across the Red Sea.

We have to step into it. Or hold our arm out. Or make a phone call. Or say yes and go. Register. Raise the money. Quit that thing to make space for this. We HAVE to do what God is talking about in 15 -TELL THE PEOPLE TO GET MOVING!

We all have excuses not to. But again. If anyone had a great excuse NOT to do something I feel it’s these guys.

Because in their logical, earthly understanding seas are raging. They rise and fall and bring animal and plant life and also they kill people.

I’ve told God no over much less scarier circumstances. I can’t go pray for that guy because he is across the room. I can’t encourage that lady because what if she thinks I am a spas? But, lean in. I need to say something really important.

If you are told to go, God will deliver.

God doesn’t split the sea and then leave you to trudge through the muck and mud. He splits the waters all the way down to dry land. Repeat this to yourself until it gets deep down in your guts.

So the people of Israel walked through the middle of the sea on dry ground,

And finally, we seem to get it. We spent the better part of this moment saying things like, “This is so exciting.God!! How could I ever doubt you?? These signs, this confirmation, this encouragement, this reaction, this favor! You are SO AMAZING.”

And five minutes pass. And everything changes because you look back at the road you are walking and suddenly our enemy is in the water. That enemy is seems to be on even playing field with you, except worse because he has chariots and horses and has had a lifetime of three square meals.

Our panic wells up and threatens to undo us. We’ve forgotten everything that just happened because we forgot whose team we are on.

Then the Egyptians—all of Pharaoh’s horses, chariots,

and charioteers—chased them into the middle of the sea. Exod. 14:23

Or maybe it’s that we never really comprehended that God is good and God is FOR us. He is for us. Do you know that? I mean like really deeply? All the way down to our guts?

Let’s look at this timeline. The wind blew all night to separate the seas and create a dry path for the Israelites.

At some point, the enemy steps into the river reaping the benefit of God’s dry ground- OUR DRY GROUND!

army from the pillar of fire and cloud, and he threw

their forces into total confusion. Exod. 14:24

One of the greatest, most epoch scenes. That is a long time for an angry mob to be threatening you, stealing back your solid belief in God’s plan. The Israelites weren’t able to rally their faith. They were too busy being angry at Moses for getting them to this point. They griped and longed for the good ole days of starving, and slavery, and boils.

But it worked out. They had the Egyptians to reaffirm their faith.

Because do you know what the Egyptians said? “LET’S GET OUT OF HERE—AWAY FROM THESE ISRAELITES! THE LORD IS FIGHTING FOR THEM AGAINST EGYPT!”

Even the Egyptians believe God’s power and faithfulness better than me sometimes. I would love to be past this.

You say you have faith, for you believe that there is one God. Good for you! Even the demons believe this, and they tremble in terror. How foolish! Can’t you see that faith without good deeds is useless? Jam. 12-20

We can’t just sit here in our pews and say we believe in one God. It isn’t enough. And if you aren’t willing to do it for God, do it for the people around you who need to hear the Good News. Speak up! Get moving!!

So what is it? What is God asking of you that you are sitting on, in that safe place?

A new job? Starting a business? Leaving a relationship or getting counseling because you know it’s headed down a path. Putting down food because it’s taken the place of comforter? Seeking help for an addiction? Mine isn’t just one thing. Trusting God with my children. Trusting God with my marriage. Stepping out to be a writer.

What is your Red Sea?

It’s no secret who holds the complete power over our universe. God broke into his own creation story with his mighty hand and parted a sea that was originally told to flow. He defied life science and made the ground dry in a night. Then he protected his beloved even as the enemy stepped into the water. He will do the same for you and you will be blessed, others around you will be blessed, and most of all God will receive all the glory- EVEN BY OUR ENEMIES.