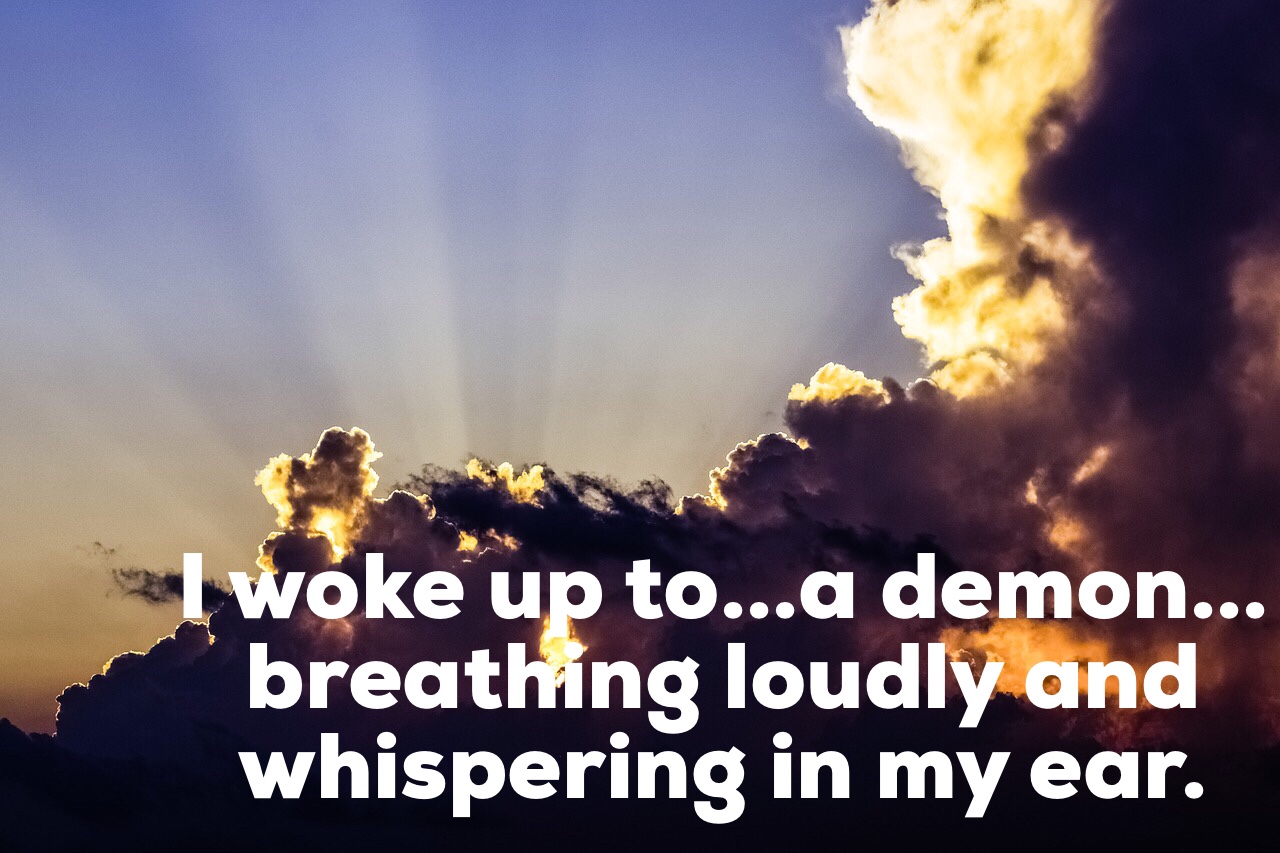 Sometimes the devil amuses me. This morning I couldn’t sleep, so I donned my Beats and crawled out to the couch. Four aye em, but as long as I’m up I may as well get after it.

I planned to get work done on my current project: prevention curriculum for at risk kids. Specifically kids at risk for being trafficked right out of schools. The schools in my own neighborhood. It pisses me off enough that four aye em is just fine.

I did the usual things we do in preparation.

Forget to grab a pen.

Get up. Grab pen.

And just as I was getting started on my work, I fell asleep. Like crashed. Crazy hard. Worship music full scale in my ears.

An hour later I awoke because the music stopped. Instead, I could hear a child whispering in my ears. It was evil and I am positive it was a demon.

I don’t say this lightly. Dreams can make us believe all sorts, but I wasn’t dreaming and I wasn’t asleep. It was a language I don’t know, but it was scary as I imagine hell to be.

I said a prayer for protection, pressed play on my worship music, and promptly fell back asleep.

An hour later I woke up to the same thing. My playlist had stopped even though there are at least twelve hours of music on it, and a demon was breathing loudly and whispering in my ear.

I asked it to speak, but it wouldn’t. I understand. If I was from satan I wouldn’t want to speak where Jesus is present either.

I would say this is crazy, and unusual, but as of late it’s becoming the norm. Several of my children have been attacked, one physically, and the others have been battling spirits of fear and depression.

And you know what amuses me? Since I began this work, I’ve regularly asked if this is what I’m supposed to be doing. Is this work from you, God? It’s so big. And I already have a full-time job.

His answer is always the same: stay the course.

The devil’s answer: he tries to scare me into quitting.

But that’s not what’s happening. Instead, he’s being super helpful and helping me to realize the magnitude of the work I’m doing. I’m beginning to see the ripple it’s going to create in the Kingdom of God.

And not because God has revealed some amazing vision to me. He’s simply told me to keep at it.

Nope. I understand because if this work didn’t matter, my enemy. My ONLY enemy who hates me so much, wouldn’t bother trying to shut me down.

I appreciate the confirmation. Now I’ve got to get back to work.

2 thoughts on “A Demon Whispered In My Ears This Morning”