It’s hard to let people be who they are going to be. It’s also hard to know when we should speak up and help out a friend. This is a learned skill. It’s also a discernment we are each offered through the Holy Spirit. As moms, we can model this and walk beside our kids as they navigate it all. 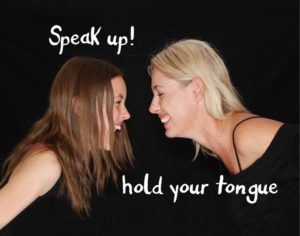 I was at Addison’s parent/teacher conference this week. He isn’t my favorite. He is focused on being cool rather than being a solid educator and disciplinarian. For this, he is also not Addison’s favorite. She’s asked to move classes, but she needs to learn to function with people who aren’t like her, and frankly her other options aren’t stellar. And he is a nice enough guy, so I don’t feel like she will be damaged as a student. In fact, I think his crazy side might just make her a better communicator.

She and I have had many discussions, almost daily, on crazy situations in class. Each and every time, I try to give her words or steps she can take to go back and be successful. I say things like, “Explain to your teacher that you don’t want to sit with all the naughty kids. You can say you don’t think it is fair that you get stuck with them because he wants you to be a good example. You can say you are not in charge of teaching them to behave.”

Blunt, right? yes well. Not once in my life have I been accused of mincing words. We shoot from the hip around here, and I want her to know that she can even be straightforward with her teacher. We talk about being respectful while being straightforward. We talk about honesty free from emotionality. We talk about standing up for yourself when you feel you are being treated unfairly or being punished for someone else’s mistakes.

Some teachers would say this is real life-having to work in groups with people who are lame. But it isn’t. I am a teacher. And I live a real life. As an adult, I choose who I get to be around or work with. Real life means you get to weigh the goods with the bad in a situation and decide from there. And if a work situation is so bad, you also get to leave that place. You can quit, or you can keep your job and steer clear of that person who is setting you up for failure or making you look bad.

There are also times to keep quiet. Our kids need to learn that they aren’t to speak up and solve everyone’s problems. I am still learning this, so my nice words with this sometimes take awhile to arrive.

At the close of her conference, I inwardly thought it went about as well as I expected. I received scores and feedback on her homework (and all the ones she has not turned in.) He talked about all the grand plans he has for the end of the year, and how he is changing some things because the kids are too rowdy. Then Addison closed us out with a funny reaction to a book he is reading aloud in class. 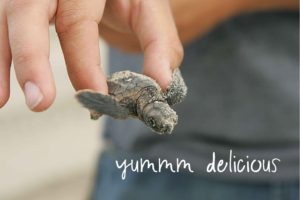 In one scene of the story, the boy finds turtle eggs. He hasn’t eaten for three days, and he is starved. These turtle eggs are everything to him in this minute. Addison, in mock outrage pulls a Scarlet O’Hara with her fist raised to the sky and groans, “He’s eating baby turtles. Oh the humanity!! They. are just. babies.” At this last word she throws her head down on the desk as if it’s killed her. I am giggling at her, and applaud her performance.

Her teacher straight faced responds, “Well. They aren’t babies. They are a sack of cells.”

Now, you may not know this about me, but I am a quick thinker. It doesn’t take me days to come up with what I should have said. I already know. I nearly always know what I want to say. The words are fast with this one. This is what StarWars characters everywhere would say about me. Quip. Witt. Snark. Whatever you want to call it, I am ready. I have something here for you.

But this was a moment for me to be quiet. This guy is beyond crazy town. He says and does the most passive aggressive things to parents and kids. He tries to manipulate the kids into behaving by saying things like, “I am so sick. But I don’t trust you to behave for the sub, so I have to be here to watch you.” Nothing I say to him is going to change anything for the good.

He isn’t going to suddenly believe that God creates babies in his image. He isn’t going to change from his extreme wackadoodle presentation of his opinions or ideas. He certainly won’t become a better teacher by my saying anything about how inappropriate that comment is from a teacher to a student. And, frankly, he gets to believe anything he wants, even about when a baby becomes a baby.

So I remained quiet. Until the Squirrel and I were alone. Then we hashed through what he had said and what we believe. We discussed what God says. And we discussed the difference between speaking up for yourself and letting this guy, and many other guys, be who he is gonna be. We also discussed why I didn’t get into it with him. It’s not my job to make her teacher believe what I believe about conception. It’s my job to love and let the Holy Spirit take over. And not just toward the teacher, toward my kid too.

Turns out she didn’t need me though. She also is quick with the words. And she is incredibly knowledgeable about the weird.

“No. A turtle egg is already fertilized when it’s laid. You are thinking of a chicken. With a chicken you need a rooster. With a turtle it’s already a baby.”

To this I did a sideways glance and giggled right out loud. This guy in front of us, he is merely one of many factors along a vast list of people who will come into my kid’s life. But me? I am the mom. I am a regular to that little girl. And God? He is a constant. He is there for her more than I ever will be, no matter how hard I try. And we all get to walk through this to raise her right.

Thanks for being here to celebrate my birthday month! #shes40 I am posting everyday of October for the 31 day blogging challenge and giving you all the presents! Share a post on Facebook, and your name gets entered in to the mix for a prize- you won’t want to miss these! Share one post, you get entered into the drawing once. Share each of the 31 days, and you have 31 chances to win one of many goodies. Be sure to tag me in the post, so your entry does’t get lost in the algorithm vortex. Some affiliate links may be used.